Garnacha: everything about this fantastic grape 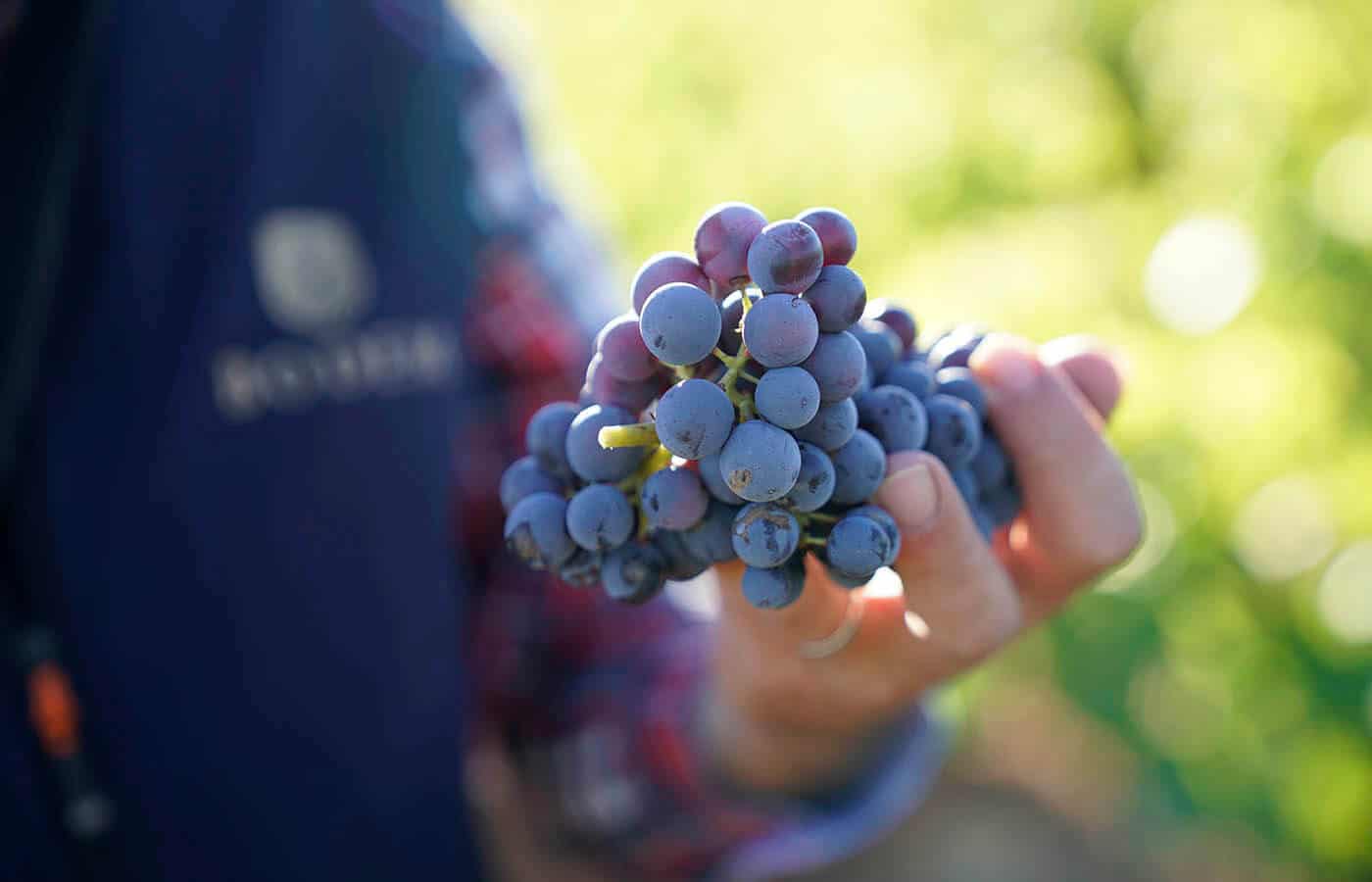 Grenache is a blue grape variety of Spanish origin, where it is known as garnacha or garnatxa. It is even Spain’s second-most cultivated grape (after tempranillo), frequently used in blends. Axial Vinos knows better than anyone how the grape thrives perfectly well on its own.

Spain’s predominant wine regions for this grape are Navarra, Rioja, Penedès and Priorat. This grape is also often used in blends in France, most notably in the Rhône, Languedoc and Roussillon. The Rhône, for instance, boasts the celebrated GSM blend of grenache, syrah and mourvèdre. Good Spanish wine, 100% garnacha also crops up from time to time. Producing a quality wine comprising this grape 100% requires profound knowledge of the winemaking-process. Axial Vinos mastered this over 20 years ago, and now can confidently call itself a true garnacha specialist.

The grenache or garnacha grape is relatively large, with a thin violet-blue skin not generally containing much pigment or tannins. Vines with this grape are often quite prolific, bearing lots of fruit. While that might sound great, this undermines the quality. That makes thorough pruning essential, ensuring a lower yield and a greater colour, scent and flavour concentration. Garnacha easily tolerates extremely hot and dry climates, making D. O. Navarra, D. O. Campo de Borja and D. O. Cariñena outstanding regions for the grape to thrive. A major asset is the grape’s immunity to all kinds of diseases, and reaches full potential in poor, dry and stony soils. Let’s take a look at these in those very regions. The garnacha grape forms lots of sugar in the growing season, with tannins also maturing properly at this time. However, since the grape can also lose acidity, harvesting at exactly the right time and of course, having the right adjustment skills, is vital.

Generally speaking, the grape provides wines with high alcohol content and a sensuous, smooth character. Besides plenty of fruits such as blackberries and cherries, the grape displays hints of liquorice, bay laurel, pepper and clove. Storage potential is down to the winemaking, vineyard management and grape quality, and specific barrel-ageing process. These are wines to be enjoyed often within a few years.

Grenache or garnacha grapes are not only used for making red wines, and luscious Spanish rosés with a grenache or garnacha are not infrequent. On occasion, you might even encounter a 100% garnacha (such as Lúculo). This grape is also often included in light-coloured, fruity French rosé from Provence as a blend component, making the grenache an all-rounder of grapes. The garnacha red grape is also used in these rosés. Maceration is shorter than with red wine, meaning the skin gives the wine less pigment and tannins.

There is also a white version of the grenache/garnacha grape, with this traditional Spanish grape variety having a floral character with herbal hints such as fennel, dill and anise, and white fruit. An inherently high alcohol content, and low acidity. The white garnacha relishes a warm and dry climate, with soils poor and arid, making it plain to see why this grape is often found in D. O. Navarra.