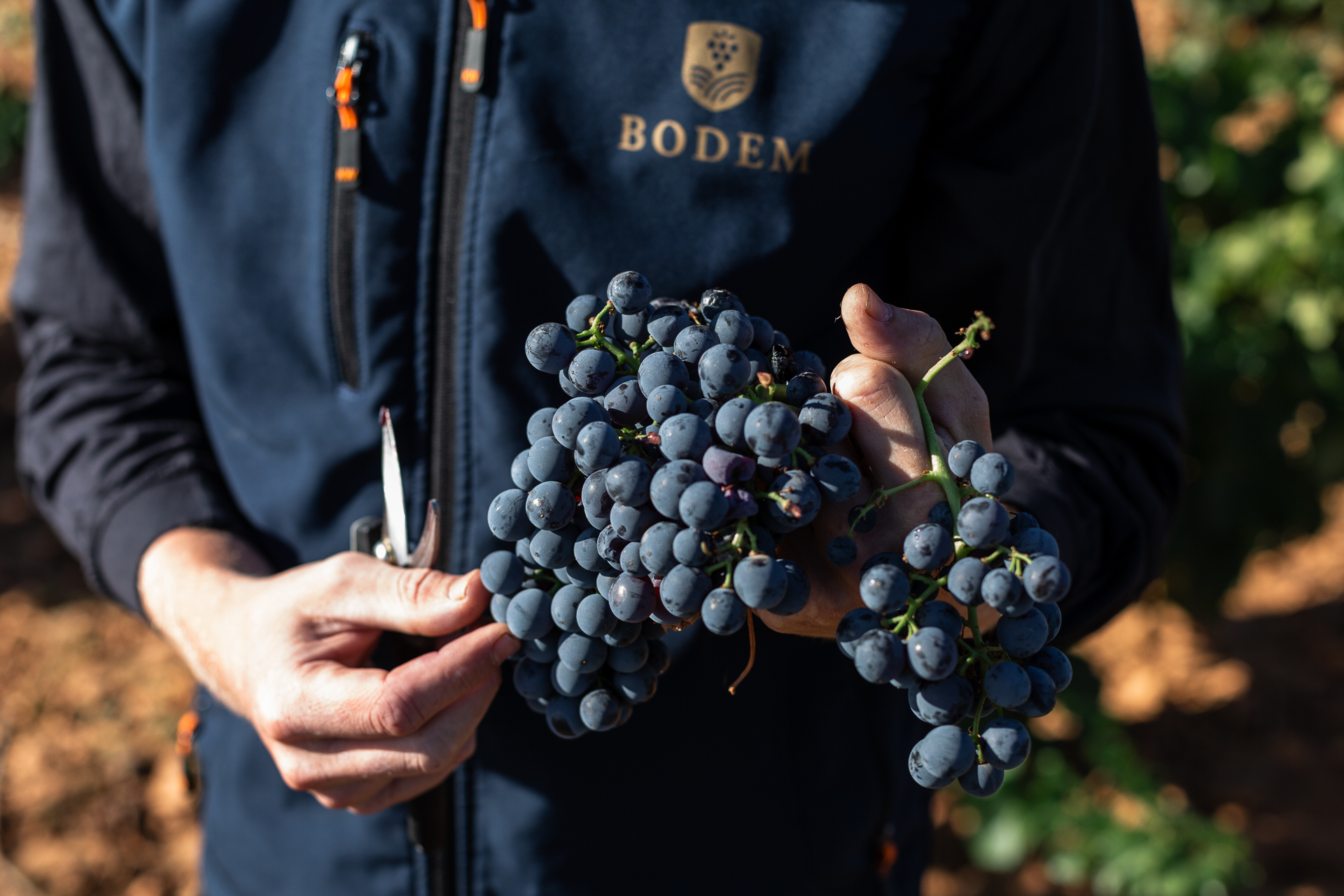 Report made by MI VINO

Axial Wines is the personal project of the Dutch family Geirnaerdt-Van Ekeris, which has established itself in three territories where the seductive variety expresses itself in different ways: Navarra (La Casa de Luculo), Campo de Borja (Pagos del Moncayo) and Cariñena (Bodem).

The incandescent Garnacha, which ignites passions with its wild versatility, is the common thread of Axial Vinos, where it stitches together the destinies of three very different regions -Navarra, Campo de Borja and Cariñena-, each with its own style, vision and type of terroir.

This family winemaking group, founded in 1999, is the personal project of the Geirnaerdt-Van Ekeris, a Dutch couple who bet everything on Garnacha: “This grape plays a fundamental role in all our wineries, and grows very well in the climatic conditions and mineral-rich soils of Spain. It has enormous potential, and produces elegant wines of great quality. In our family we have enormous experience in its specific winemaking process and a great knowledge of the importance of terroir. We are proud to say that we are specialists in Garnacha”, they say.

And under the original (and eloquent) slogan Mastering Garnacha they have built Axial Vinos, with three family-owned wineries: La Casa de Lúculo, Pagos del Moncayo and Bodem Bodegas, in which they work with independent producers, traditional native grapes -with Garnacha as queen- and maximum respect for the environment “in order to preserve the authentic varieties and the blends of the old vineyards”.

La Casa de Lúculo, which was born in 2004 in the Lower Mountain subzone of the Navarra PDO, owes its name to the unforgettable book by Julio Camba. Winemakers Virginia Arranz and Juan Glaría lead this sustainable project for the recovery of the Navarran Atlantic Garnacha, which “protects the vineyards that seem to be immortal because they have become an essential part of the landscape that surrounds us”.

Its signature wines Cátulo -in honor of the passionate poet of the last period of the Republic of Rome- and Lúculo -a tribute to the great gourmet of classical Rome-, the result of slow winemaking, offer different versions of this Garnacha Atlántica from Navarra: the Cátulo organic range represents its freshest side, while the Lúculo wines keep the secret of some of the oldest vineyards in the area.

In Pagos del Moncayo -created by the Aibar family-, at the foot of the Sierra del Moncayo, production is carried out in a totally artisanal way (open presses, traditional treading of the grapes, manual pressing, etc.), which means that their wines retain the purest flavor of Campo de Borja, the beautiful and historic Empire of the Garnacha. This way of working has earned them the recognition of Eco-Prowine, which certifies that the winery’s carbon dioxide emission levels are well below the European average.

Bodem, whose name means soil – “in which we live and from which we live”- in Dutch, is a tribute to the terroir of Cariñena, the forgotten cradle of Garnacha. There, in the heart of the Algairén mountain range, the Geirnaerdt-Van Ekeris family found a place to which they felt deeply attached: “It is not just another winery, but a firm commitment to Spanish wine, to the Garnacha variety and, in short, to a dream”, they point out.

All Axial wines are known for their uniqueness, but we will focus on the new vintages released this month.

Lúculo Origen, from La Casa de Lúculo, is part of a limited edition of 4,200 bottles and comes from selected vineyards over 90 years old from the most Atlantic-influenced area of Navarra. Deep, dynamic, fresh and vibrant, it shows “aromas of red fruits, cherry liqueur and hints of blue flowers”.

Prados Colección Garnacha, from Pagos del Moncayo, was born in the oldest vineyard of the Aibar family: “It is the true expression of the Mediterranean Garnacha, and offers the characteristic fruity flavor of the variety while preserving the freshness, a consequence of the influence of the Moncayo”, they explain.

Las Margas Garnacha from Bodem Bodegas reflects the arid climate and rugged soils of the Sierra de Algairén with its fruity quality, complexity and freshness: “The perfect reward for a hard day’s work,” they say. And rightly so.